Principles and Policies Podcast For Saturday 12/23/2017- Barry Sheets and Chuck Michaelis hand out presents to the good and sticks and coal to the bad.

Blind squirrel syndrome hits at the New Yorker magazine online. This piece will make you both think and hopefully, chuckle. And isn’t that the essence of good satire?

Our Principles and Policies radio show for Tuesday February 12, 2013. Chuck Michaelis interviews Noelle Dielman, the program director of Camp American, about training America’s future leaders. They’ll be in charge sooner than you think. Are they ready?

Don’t like the mess and bother of  carving pumpkins the old fashioned way? Here’s a method that looks like fun, though may be a little expensive.

Our Principles and Policies radio show for Friday February 24, 2012. Barry Sheets and Chuck Michaelis interview Ricki Pepin about how her unique and highly successful approach has been adopted to help teach the Christian principles of liberty to the next generation at Camp American.

Our Principles and Policies radio show for Thursday February 23, 2012. Barry Sheets and Chuck Michaelis interview Ricki Pepin about the way she has revolutionized the teaching of the Constitution.  Ricki outlines how she took a course that teaches about the Constitution and made it into a course in how to use the Constitution as the most powerful tool you have to protect liberty.

Our Principles and Policies radio show for Tuesday December 27, 2011. Barry Sheets and Chuck Michaelis  interview Noelle Dielman, founder of Camp American, about the reasons she founded it and the mission and goals of the Christian worldview summer camp.

The UK Telegraph reports that we can all rest easy because George Clooney simply cannot be convinced to run for president- EVER.

Oh, yeah. Don’t forget to read the section where Clooney admits that a movie he was working on for years was “delayed” in order to help President Obama “maintain optimism” about his presidency. Not in so many words but… well read the article and if you think it says something else then please let us know what it is. Only after Admiral Obama managed to pull the scuttle cocks on his own fleet did Clooney feel safe in moving forward with his Ides of March project in which he plays (and this is a REAL stretch for him) a liberal Democratic governor of a midwestern state running for president who gets embroiled in a sex scandal (sound familiar?) and the political machinations that follow. Clooney’s character will no doubt be portrayed as a victim of a conservative witch hunt.

The fact that Clooney has absolutely NO qualifications for political office (beyond his admittedly vast experience with womanizing, partying, and drug abuse) never actually entered into his decision, though both he and fellow loony-left conspiracy theorist pal Matt Damon have both drawn the endorsement of Castroite nincompoop Michael Moore. Hard to imagine with supporters like this how he could lose…or be worse than the current president who Clooney describes as “…smarter than anybody you know, and nicer…” Great judge of character too.

The BBC answers the age-old question: “If a lion and a Bengal tiger fought who which would win?”

According to the BBC it was “no contest.” The Bengal tiger killed the lion in short-order with a single paw-swipe to the jugular.

Next the BBC will take up the question: “What if the Loch Ness monster met Godzilla? Who would win?” 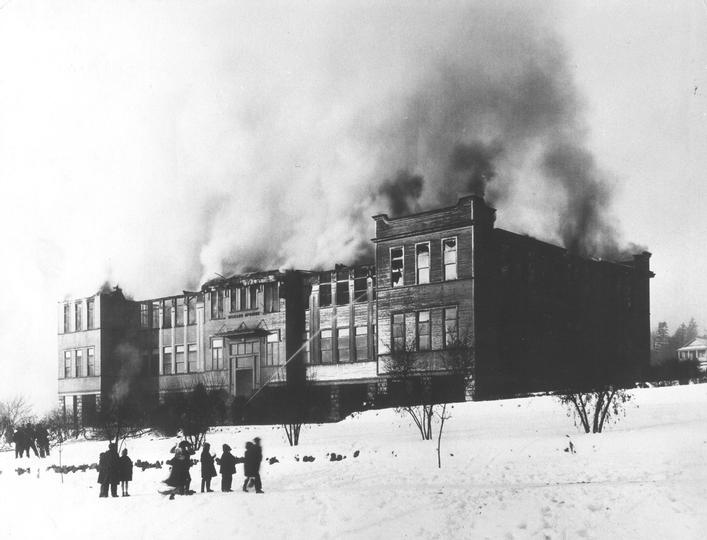 This was too good to let pass. Though we have not been able to verify whether or not this is real, it is difficult to argue with the sentiment.

In an age where parents are scrambling to avoid their responsibility to properly educate their children and are willing to pay thousands of dollars per year to get others to do it for them, there are still some refreshing responses from educators that indicate that the teachers and administrators “get it” even if the parents don’t.

Unfortunately, this attitude has not yet penetrated the thinking of the majority of  educators in the United States. But if Australian teachers have gotten it can we be far behind?