Occasionally a book comes out that has a quiet importance. Quiet because almost no one has read it. Important because those who have read it foun 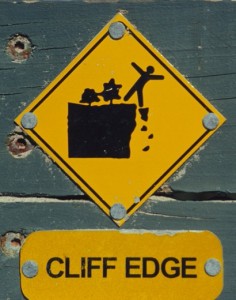 d it to be a repository of information and analysis that speaks to an issue that has a historic importance to a large number of people or even an entire nation. The book we are beginning a review of is such a book. Unless you are a Constitution geek or academic the chances are you’ve never heard of this book let alone read it. As the name indicates it is a book about amending the Constitution. But not in the usual way, the way we’ve gotten all 27 of the existing amendments. No, this book is about a current hot topic- the Article V convention method.

It is this confusion and deliberate obfuscation that makes this a very important book, one worthy of a review. “Why?” you might ask. For a number of very good reasons. First, this book is more than 25 years old and is long out of print. That means it isn’t easy to find and is usually expensive when you can find it. And both sides of the new constitutional convention (con con) debate have used this book as a reference. Second, its age demonstrates that movements to call a new constitutional convention are nothing new. There is a new effort to use the Article V mechanism about every 10-15 years. In the 80’s it was about a “balanced budget amendment (BBA).” In the 90’s it was about the so-called “flat tax.” The current movement has numerous goals among the different political viewpoints, chief among them a BBA, term limits, etc. from the conservative side and the elimination of the Electoral College, re-writing the second amendment, federalizing control of campaign finance, among many others on the liberal side. The con con movements of the recent past lost momentum when it was made clear by opponents that the considerable risks of a new convention outweighed the alleged benefits. Many of the same arguments from the movements of the 80’s, 90’s have been recycled by the current proponents, despite being handily refuted by conservative watchdog groups like Eagle Forum and even the John Birch Society. But the arguments have a new sophistication from the conservative side that reveals that there is a great deal of money being poured into the effort, the source of which is difficult if not impossible to track down.

These new arguments now have the backing of a bevy of “constitutional experts” and “scholars.” Some of these “experts” quote liberally from the book we are reviewing. It is sad to report that some of these “scholars” have demonstrated that they are willing to twist and deliberately misinterpret what the books, historical documents, court decisions they are using to make their cases actually say. Even worse, it appears that they believe that they can do this because of their status as “experts” and “scholars.” They know that most will simply take them at their word and not bother to follow the footnotes of their books and papers to see if the documents quoted actually say what is claimed in the writings of these “scholars” and “experts.” This in fact is how we discovered this particular book. Several of us at the Institute for Principled Policy actually began finding some of the sometimes obscure references of these authors and reading them. What we discovered was disturbing. But, more about that in the review which we will be doing chapter by chapter.

You may never take the time to track down and read this book. We hope you do and we hope this sparks your interest in fact checking so-called experts who may hold the future of the governance of your country and your liberty in their hands.