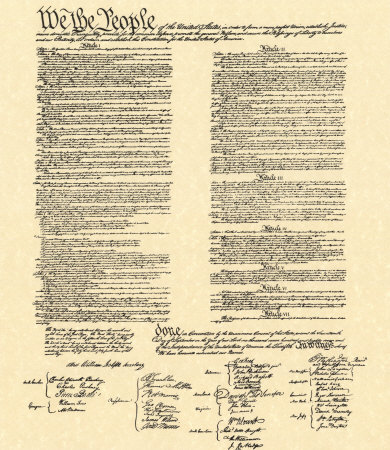 Bret McAtee has written a rebuttal to an abysmally reasoned op-ed article on what the author, a certain Lincoln Caplan, calls “Constitutional Conservatism.” McAtee hits the nail on the head regarding Caplan’s equivocation and the supposed “irrationality” of believing that words have meaning and that the meaning of the words, especially of documents which have such a profound effect on our lives, should be discerned and not merely reinterpreted at the whim of the current governing entity.

Somewhat less well done, but still excellent is the analysis of W. James Antle III in an article run in the  American Spectator online. Be certain to read the commentary thread, especially the contributions of one Tom Anderson whose reasoning is, to say the least, interesting not to mention a microcosm of the caliber of thought that comprises modern “conservatism” as opposed to constitutionalism.

We couldn’t have done it any better.