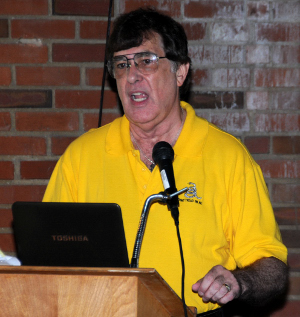 When I first became involved in political issues and events some 45 years ago as a young man just out of high school, it was because I believed in the ideals of our Founding Fathers. I had a young man’s zeal for the American dream of individuals living their lives free of government control and harassment. I was comfortable in the knowledge that I lived in the greatest nation on earth, where I could speak my mind; choose my own future; and nothing but my own limitations would stand in my way.

The Constitution and the Declaration of Independence were my guidelines. I learned of them in a public school classroom, where we were taught why the American system of free enterprise and limited government were the reasons the United States had the highest standard of living in the world. It was the reason our solders were proud to serve and defend those ideas. Around the world, we were known as honest, trustworthy friends and allies. We were the envy of the world.

I got involved in politics, supporting these ideas, at a time when radical leftists who hated our style of government, were marching in the streets, carrying placards of Mao and labeling our nation “Amerika.” I stood against them. I gave speeches to local service clubs; I wrote articles; I took action on college campuses, fighting to keep them open and safe as these extremists were shutting down classes and even burning buildings. It was a time of great violence and it was the beginning of a long revolution that has now completely changed our nation.

How severe has America changed? Today, as I stand for exactly the same ideals of American liberty as I did in 1967, I have just been labeled a threat to my country by the Southern Poverty Law Center (SPLC). In fact, they say I am a right wing extremist, a racist and a potentially violent domestic terrorist.

In a recent SPLC report entitled, “30 New Activists Heading Up The Radical Right,” I have been named along with what SPLC calls “Islamophobes,” “Political Opportunists,” “Religious Right Anti-Gay groups” and “Patriot groups.” Says the report, “Most dramatically, so- called ‘Patriot’ groups – which, unlike most hate groups, see the federal government as their primary enemy – have grown explosively in just the last three years…” Of course they’re talking about the Tea Party as a hate movement, and I’m pretty sure that’s why I’m listed. In particular, they report on my efforts against Agenda 21, saying “DeWeese’s outfit is only one of several obsessed with what has become one of the main conspiracy theories of the antigovernment ‘Patriot’ movement.” This new report from SPLC is just the latest in a series of attacks against Conservatives and others who support the founding principles of the United States, dating back over the past few years.

READ THE REST OF THE ARTICLE