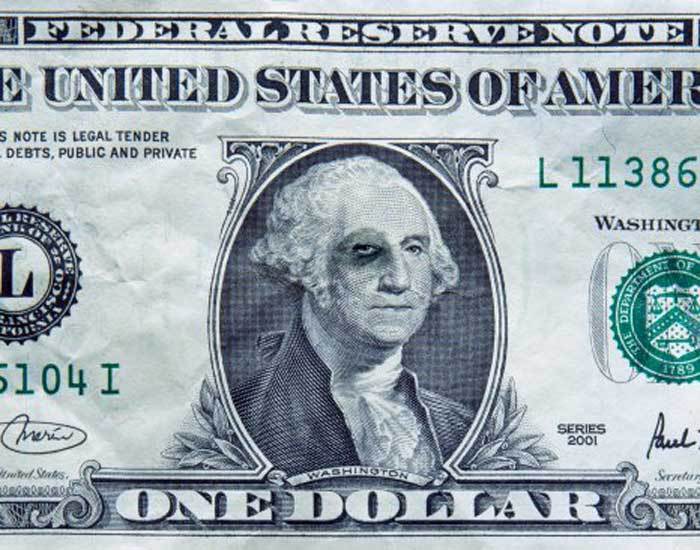 As this is being composed it is the weekend of the Fourth of July. Independence Day is always a good time to both reflect on the history of the Declaration of Independence and compare these past events with those in the present to see if we’ve got it right.

Currently, the most prominent argument being used by Westerville, apparently with some success judging by by the letters to the editors of the local newspapers, is the “tax fairness” argument.

The core of this argument is that the 60% income tax increase isn’t really about enhancing the city’s revenue, but about “being fair.” This is absurd on its face because in the next breath the same city leaders cry crocodile tears about the city’s infrastructure and the need for additional revenue to pay for it. But more about this blatant falsehood in a later post. In detail, the argument sounds like this; many surrounding communities have a 2% income tax and a large portion of Westerville residents work in those surrounding communities and must pay those taxes plus Westerville’s 1.25% additional resident income tax less a credit for taxes paid to other municipalities of 0.95% or, currently, 0.3%. So those Westerville residents are paying municipal income taxes that add up to 2.3% of their income.

The city also does some mathematical sleight-of-hand in claiming that they will, with this 60% increase, “recapture” millions of dollars in revenues that are currently “going to other municipalities.” Of course, they are recapturing nothing. They are actually increasing the overall tax burden and taking the millions of dollars that residents would have formerly had in their pockets to spend on things like books, hardware, housewares, meals out, etc. at local businesses and pouring it into the governmental black hole. The other municipalities would continue to confiscate the same amount of money (if not more) as they did before the increase. It is a well known economic maxim that a private dollar goes around 7 times but a government dollar only goes around twice. More money paid in taxes means less money for buying things. It’s a zero-sum game.

If you find yourself asking “how exactly is this fair?” then welcome to the club. There’s nothing “fair” about a tax plan that shifts the burden of taxation to a targeted minority of taxpayers, especially those who have no voice in how it is spent or vote on its imposition. And this is where comparisons to past events become very important to understanding what is wrong with not only the attempt to increase Westerville’s base tax rate but the way the entire municipal tax system is structured.

The Declaration of Independence issued on July 4, 1776 was the culmination of many years of abuse of power by Parliament. All of the complaints the Continental Congress made against Parliament are included in the Declaration of Independence, a document you will find most useful in this discussion, available here. As mentioned in the previous posting, the complaint we will focus on is no. 17, “For imposing taxes on us without our consent,” though other complaints on the list will also come into play.

How is it that only 232 years after the issue of a document that is foundational to the understanding of the concept of liberty (a concept now lost to the “spirit of democracy;” these are not the same by any stretch or deconstruction of the definitions), the operation and the limits of our government, so little of it is known or understood, especially by government servants? One of the fundamental principles of government in the United States of America is the idea that no one without a representative voice in any government should be required to pay taxes to that government. Another fundamental principle of government in the United States is the concept that the majority is prohibited by law from tyrannizing the minority. And yet, these two fundamental principles of liberty are being not only ignored but disparaged by government bodies eager to grow their own power and control and to do so by creating and exploiting class envy to raise revenue and create a class of tax slaves.

Think the “tax slave” accusation is too harsh? Think about the city’s argument for the increase. Most, they say, will actually enjoy a tax reduction and they are correct if they mean most voters. And that’s exactly what they mean. Non-resident non-voters don’t count in the equation. They are a voiceless non-entity to the city. They are perceived by city government as a convenient deep pocket which can be picked at the will of the Westerville voter. The fact that some of these non-voting taxpayers will now be subjected to combined municipal taxes in the 4% range (or more depending on where he lives and what kind of work he does) doesn’t phase them. Why should it? These unfortunates can’t vote the city leaders out. They can only pay and complain to… well, no one. When a man with no voice or power is coerced to surrender the hard earned fruits of his labor to an entity which has the power to impose financial harm or ruin and imprisonment for refusal to pay, he is a slave. That was the point of the Continental Congress way back in the late 18th century. The more things change the more they stay the same.

A man is also a slave if he has a voice in the system but can be forced to surrender the fruits of his labor to subsidize the services that others receive from the entity collecting the payments by a vote of the majority. This kind of system, in effect, gags his voice within the taxing entity. That’s what is happening in Westerville and has been since 1998 with the PROS 2000 tax increase. The city wants the majority of voting taxpayers who work outside the city to vote their own self-interest by promising them an overall tax cut.

In effect, Westerville residents who work outside the city will receive a net tax cut under the city’s new tax plan. All they have to do to accomplish this is shift their personal tax burden onto the backs of their neighbors who are foolish enough to both live and work in Westerville and the completely powerless non-resident taxpayers. Thus, the city increases tax revenue by using the lever of tax-relief and the fulcrum of taxation class envy to shift the burden to a powerless minority taxpayer base. The chains of tax slavery are being forged on the anvil of “tax fairness.”

The city’s argument for a tax shift and increase is shown to be among the grossest and most cynical kinds of propaganda, designed to play on the emotions of self-interest and tax-envy rather than the abstract intellectual concept of liberty. It is clear that true tax fairness can only be achieved by fairly and equally spreading the legitimate costs of city government on the residents of the city and on the businesses which own property here, exempting non-residents from the burden of paying for the services residents enjoy.

Large businesses should pay their fair share of taxes because they are large consumers of city services in the form of water, sewer, garbage collection, streets and sidewalks, etc. What about their voice in government? That’s pretty easy actually, and it’s a matter of personal choice. Any large business, if they want a voice in local government, could require some of its management personnel to live in the city limits. That would be good both for the business and the city. City residents are far less likely to propose hare-brained schemes which will, in the long run, harm their own property values or the city’s environment. Absentee ownership doesn’t have the same incentive. The government of the city of Westerville seems incapable of making this elementary political calculation.

And yet the city of Westerville, as discussed in the first article in this series, clings to the failed paradigm that businesses must be bribed with 50-100% tax abatements in order to remain “progressive” and keep the businesses “in the tax base.” Of course what they really mean that they want to keep the businesses’ employees in the tax base. The city leaders don’t seem to realize that large, often absentee owned and operated businesses that aren’t willing to pay their share of the tax burden don’t really care for the city at all. They care for big quarterly profits which impress stockholders (by the way, nothing wrong with profit when it is gained legitimately. Accepting a pay-off in the form of a tax abatement is not legitimate, especially when it is gained on the backs of your employees). That’s what makes the slap in the face of a 60% tax increase for local owners of small local businesses such a travesty; the small local business owner is the backbone of the community socially and economically. The large absentee business is a disproportionately expensive and subsidized consumer of city services. And yet the city, in the interest of additional revenue for the purpose of growing city government beyond its legitimate bounds, is willing to shift the tax burden to the local businessman.

We will be expanding on the concept of what a legitimate cost of government in the next entry.