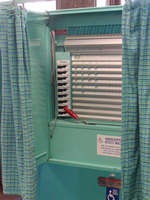 Issue one should be a “no-brainer”.  It authorizes $200 million dollars from the State of Ohio coffers to be distributed to Veterans of the Persian Gulf, Afghanistan, and Iraq Conflicts.  This money would provide Ohioans who fought in these “wars” $100 per month of service , not to exceed $1000, while  soldiers stationed in other locations during these conflicts could receive $50 per month for months served, not to exceed $500.

These would be bonuses from the people of Ohio to show appreciation to those from Ohio who served.  It would also offer a $5000 death benefit to the families of soldiers killed in the line of duty.  This would continue practices established after previous wars and conflicts.   This is a quite appropriate action.

We owe those who fight on our behalf.  We are thankful for their service and appreciate their unselfish service.  The only trouble is that this money would be raised by bonds and would need to be paid back by the State to those who purchase the bonds.  And the State of Ohio does not have this money! It would need to be borrowed money.

How can the State of Ohio justify going into more debt?  And though IPP strongly supports the American military and appreciates the service of Ohio’s veterans, we do not believe that Ohio should make this type of commitment at this time without having the money in hand while knowing that the State would not be able to pay off its bonds from a State surplus.  Therefore though we support the sentiment of this amendment and support the military, but we believe the State of Ohio cannot pledge itself to this type of financial obligation.

Therefore we do not believe that this is the right time for such an action.  The State of Ohio is so desperate for funding that is relying upon legal gambling to rescue it from its financial dire straits.  IPP therefore proposes that this action be delayed.  So Vote No on Issue I.

We also propose an alternative:  that the State open a private account that it would oversee and that 100% of the proceeds go directly to these veterans divided equally among them and that this fund be an open fund contributed to on a voluntary basis by the citizens of Ohio.  This way the benefactors of the bravery or these soldiers, the citizenry, can tangibly and personally say “thank you” and that the State of Ohio would not risk further financial obligation and debt.  We believe this is the appropriate alternative to this bill and IPP pledges the first $500.00 into this account if this bill is voted down and the alternative voluntary account is established as a different option.   Then the State could run public service announcements to generate funding for this account while virtuous citizens could demonstrate their appreciation by voluntarily donating their resources directly into this fund.