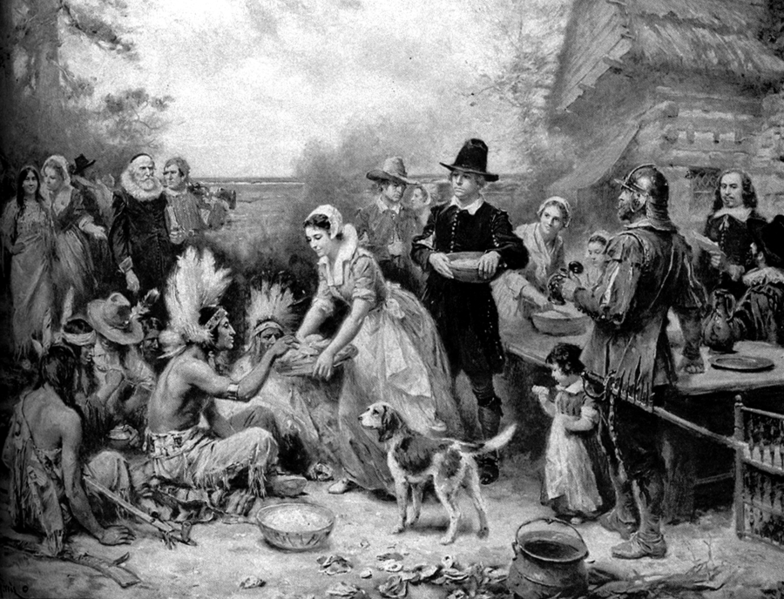 May you and yours have a blessed Thanksgiving celebration, from the Board and staff of the Institute for Principled Policy!

“The Holy God having by a long and Continual Series of his Afflictive dispensations in and by the present Warr with the Heathen Natives of this land, written and brought to pass bitter things against his own Covenant people in this wilderness, yet so that we evidently discern that in the midst of his judgements he hath remembered mercy, having remembered his Footstool in the day of his sore displeasure against us for our sins, with many singular Intimations of his Fatherly Compassion, and regard; reserving many of our Towns from Desolation Threatened, and attempted by the Enemy, and giving us especially of late with many of our Confederates many signal Advantages against them, without such Disadvantage to ourselves as formerly we have been sensible of, if it be the Lord’s mercy that we are not consumed,

It certainly bespeaks our positive Thankfulness, when our Enemies are in any measure disappointed or destroyed; and fearing the Lord should take notice under so many Intimations of his returning mercy, we should be found an Insensible people, as not standing before Him with Thanksgiving, as well as lading him with our Complaints in the time of pressing Afflictions:

The Council has thought meet to appoint and set apart the 29th day of this instant June, as a day of Solemn Thanksgiving and praise to God for such his Goodness and Favour, many Particulars of which mercy might be Instanced, but we doubt not those who are sensible of God’s Afflictions, have been as diligent to espy him returning to us; and that the Lord may behold us as a People offering Praise and thereby glorifying Him; the Council doth commend it to the Respective Ministers, Elders and people of this Jurisdiction; Solemnly and seriously to keep the same Beseeching that being perswaded by the mercies of God we may all, even this whole people offer up our bodies and soulds as a living and acceptable Service unto God by Jesus Christ.”

On June 20, 1676, the governing council of Charlestown, Massachusetts, held a meeting to determine how best to express thanks for the good fortune that had seen their community securely established. By unamimous vote they instructed Edward Rawson, the clerk, to proclaim June 29 as a day of thanksgiving, our first. That proclamation is reproduced here in the same language and spelling as the original.